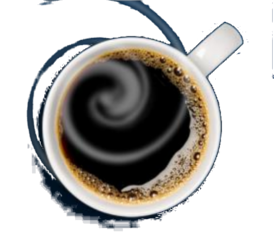 Since the new flexible working law came in to play in June 2014 there seems to have been many discussions on if cloud based working can make flexible working a reality for more people. The answer is not as simple as you might think.

Numerous surveys have been completed over the years and a paper released by O2 last year found that only 18% of workers feel like their request for flexible working can be achieved. This figure is very small compared to the 79% of employees who stated that flexible working was either “very or “fairly” important to them.

As an individual most employees roles particularly in digital & IT roles can be completed effectively via a cloud system. All of the access to the same systems is present and any changes made to documents are reflected immediately. Work can still be monitored and in most cases workers are found to be more productive when normal distractions of the office are removed.

As a part of a team there is always a knock on effect when someone is not in the office. This could be small for example a string of phone calls or emails instead of a quick chat over the desk. It could also be bigger, in a busy office when someone is not present their share of answering calls has to be covered by the rest of the team, does this have a knock on effect on their day? Increasing the productivity of one member of staff is not a win win situation if the productivity of the rest of the office is decreased!

If it is a simple answer you are looking for in short, yes, cloud base working does offer an easier way for employers to offer flexible working environments. The issue is cloud based working does not unfortunately lend itself to every role within a company.

If you don't build your dreams someone will hire you to help build theirs. - Tony Gaskin

Just wanted to send you a quick note to let you know that I handed my notice in today so I'm all set for my start with. Thank you so much for all of y...

I highly recommend KHR. They are excellent at reading your skills and personality attributes and finding the perfect fit. They are thorough in communi...

KHR were extremely helpful throughout the recruitment process, keeping me updated on the current status of my application, answering all queries I had...